You are well-composed. You take an aim, hold your breath and make the shot… but, the cue stick slides on the side of the ball, giving it a weak spin. Oh, you forgot to chalk the stick!

Many pool players know it is necessary to chalk the pool stick. But what is the reason for doing this? 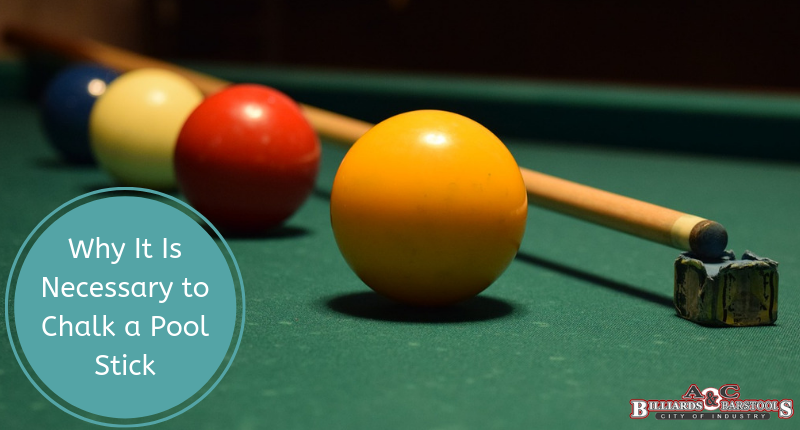 Here is why you should chalk your cue stick when playing.

The chalk is made of a combination of crushed silica and corundum. This material creates friction, leading to a better grip by increasing the motion resistance between the tip and the ball when you take a shot.

How to Chalk a Pool Stick

The best way of chalking is by tilting the cue at an angle and wiping the chalk on the cue tip in a straight, brushing motion. Do this evenly on every part of the cue stick to get the whole tip well layered with chalk. When done, gently tap the stick on a solid surface to shake off any extra chalk.