What’s a game without an opponent? How can you play pool without another player on the table?

Without an opponent, there is no way you can play and enjoy pool. Playing pool is more than just putting balls in the pockets. Strategy and luck play an important role in the game. Your goal at the table should be to play in a manner that gives you a better chance to gain a competitive advantage. 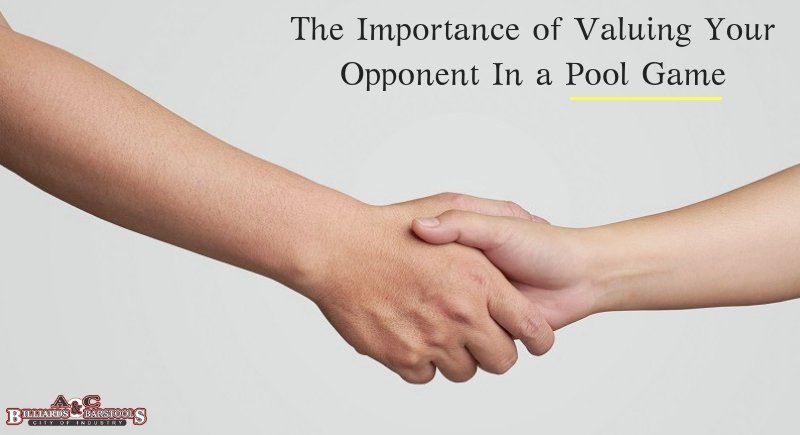 While pool is a competitive game, there is no reason why you should go to the extent of “hating” an opponent. After all, it’s just a game and without the opponent, there would be no game. Therefore, before starting to play, shake hands with the opponent. Remember, you are there to have fun. If you win the game, great! If you lose, great either way.

Respect is Not an Excuse for Defeat
Respecting and valuing your opponent does not mean you should not bring your A-game to the table. Rather, it means having a good time playing the game knowing that it’s not a matter of life and death.

No one likes to be defeated when playing a game of pool. In fact, triumph is innate in everything that we do. However, your win should not be at the expense of humiliating your opponent. Rather, it should be a reward for all the hard work you have put in the game all through; from practice sessions to the strategies you used on the table.

When you concentrate on the game and not worry about “shaming” your opponent, you will enjoy it more and play better.

When you win, go over to the opponent and shake his or her hand.. As someone once said, it is not really a win if one of the players ends up feeling bad. That’s the spirit of playing pool.