Shuffleboard games are exciting to play and great for killing time. But how do you play it?

Read on for an overview of the general shuffleboard game rules.

There are a variety of Shuffleboard games that you can play. The games are played on a Shuffleboard, which may be 12 to 22 feet long. The table should rise about 20 inches from the ground, and its width should be about 20 inches. A “foul line” is drawn across the width of the table. 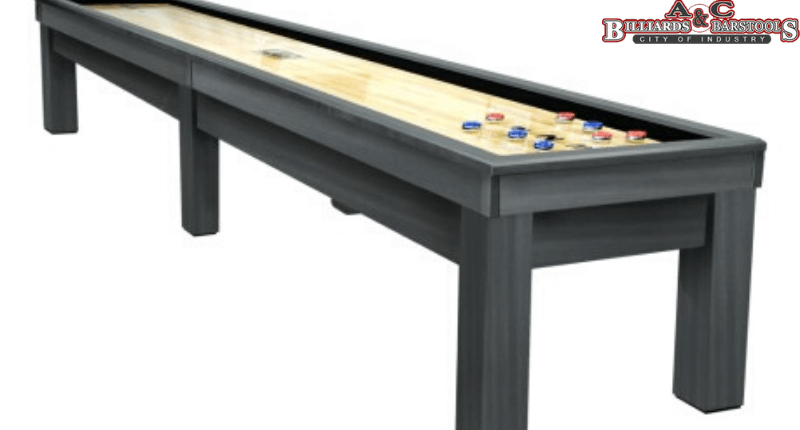 How to Play Shuffleboard

Before the Shuffleboard game begins, a coin is tossed to determine which player will start. Generally, playing second is advantageous. A round of play is referred to as an “end”. The person who wins an end starts the play in the next round. If there is no score at the end of a round, the person who played second in the previous round starts.

In Shuffleboard, each player is given four weights. To start playing, each player slides the four uniquely marked, weighted metal disks against those of the opponents.

The game involves sliding the four weights alternately, to try to get them as far as you can near the end of the board without falling off. Weights that do not pass the foul line when slid are removed from play.

Also Read – A Preeminent Guide for Buying a Shuffleboard Table

One common strategy that players employ is deliberately knocking the already played weights in a way that will knock the opponent’s weight into a difficult position while their own weight lands in a better position.

After an end, the person whose weights are located near the far end of the board scores a point. For a point to count, the weight must:

Weights that meet the above criteria get four points. Other qualifying weights that land on the second, third, and fourth areas get 3 points, 2 points, and 1 point respectively. No point is scored if no weight lands in a scoring position.

The most common Shuffleboard games are played either to 15 or 21 points.