Pool and billiards can be a lot of fun, but if you’ve ever picked up a cue trying to win a match against a better player, you know how tough it can be. The fact is that skilled players just know things that novices don’t. How to catch an opponent off guard by playing your best right out of the gate is one of those things. 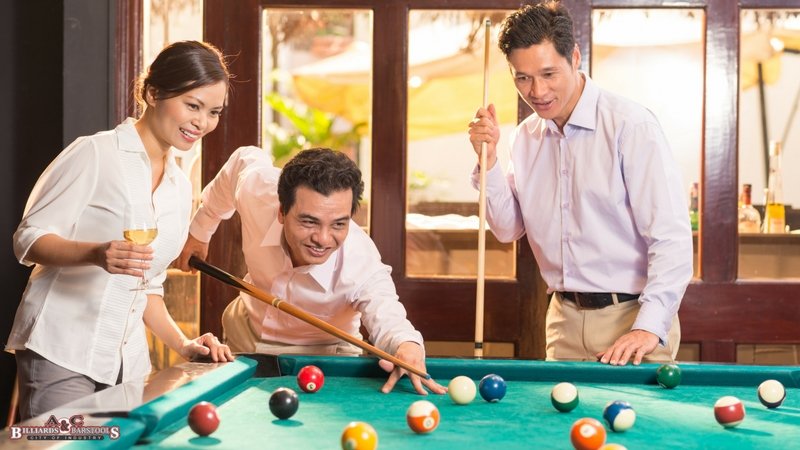 Use this quick guide to learn more about how to catch your opponent off guard with top-tier play the next time the game is on the line. You might just beat that better player.

Keep the Chalk Handy
Chalk is ubiquitous in pool halls, but most amateur players don’t apply it the right way. To use chalk effectively, you want to apply it evenly all over your cue. Just make sure you do it lightly since too much chalk can actually make tough shots harder.

Chalking up your cue also gives you time to think about your shot and strategy. To really look like a pro and ensure the best application, bring your own chalk along with your cue.

Play a Defensive Shot
Most amateurs are always trying to put their ball in the pocket. If you’ve got a shot, that’s obviously the thing to do. If you’re all blocked though and could put yourself in trouble attempting a shot you’re not likely to make, the best offense becomes a good defense.

Utilize defensive shots by touching one of your balls first before placing the cue ball in a spot that makes it nearly impossible for the other player to take an effective shot. They could even scratch and put you back in control.

Limit Sidespin and English
Sidespin and English are helpful, but they aren’t necessary most of the time. Make the game harder for your opponent by taking straight shots that allow you to be in control of the cue ball. This works well with a defensive approach against a player you know has better fundamental skills.

Use these smart tips to pro billiards tips the next time you’re at the table.