All are among the most beloved American superstars–and all loved billiards and snooker.

Yes, billiards and snooker could both easily be considered America’s favorite pastime. Both require strategic thinking, touch and the ability to out-smart and out-perform your opponent.

But do you really know the rules? Or is it as simple as putting the balls in the pockets? 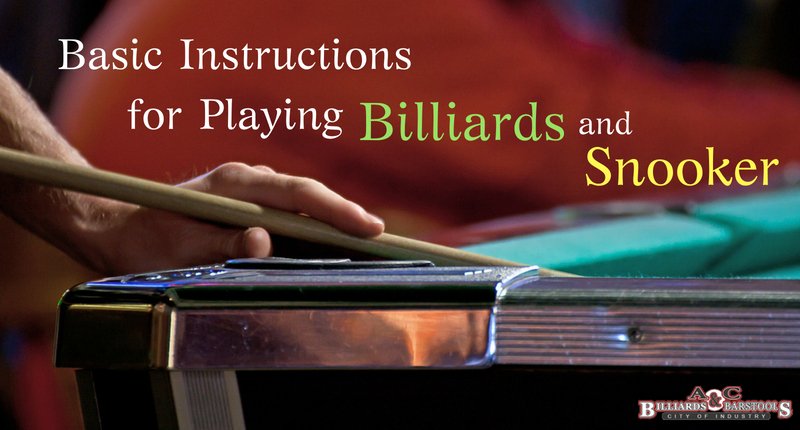 Maybe it’s a little bit of both. But in case you’re new to the games, which have been around since the 15th Century, you might want to take a look at these basic instructions for playing both billiards and snooker.

Most billiards games involve two players squaring off against one another (although sometimes you’ll see doubles matches).

To start, each player uses a cue stick to knock their “cue” ball down the table, off the bumper and back again. The player whose cue ball winds up closest to the side of the table from which it was struck gets to choose to go first or second.

The goal of the game is to use the cue ball to “pocket” the other balls on the table. Points are scored by “potting” balls, by achieving “cannons” and by going “in off.”

This is similar to billiards–except that it uses 15 balls.

The object is the same …

But at the end of the day, maybe some help from the experts at AC Billiards and Barstools. They can help you understand the rules of each game and find just the right tables, cues, and accessories for whatever game you prefer.